It’s no secret that’s it’s been a poor season for snow at Tahoe ski resorts. Heading into March, there were only six Tahoe ski resorts with 200 or more inches with probably another month to six weeks left in the 2020-21 season. Squaw Valley Alpine Meadows is the big winner in snowfall, giving the resort […] 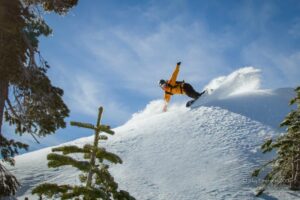 What can one expect if skiing or snowboarding on New Year’s Day in Tahoe? Accommodating weather and conditions. Thanks to a light snow that greeted skiers and riders Thursday morning (Dec. 30), Tahoe ski resorts will have a smattering of new snow and mostly sunny skis to bring in the New Year on the slopes. […] 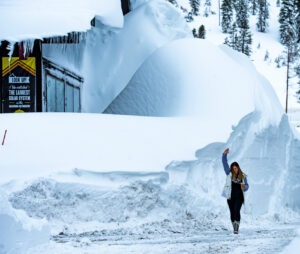 A year ago, snowfall was regular and came in huge amounts. The snow totals in February at Tahoe ski resorts were so enormous that the month became known as FebruBURIED! Squaw Valley received a resort record 313 inches of snow in February 2019, putting its season-total at 580 inches, the second most snow among North […] 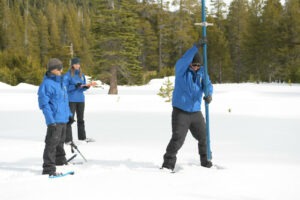 The first snowpack survey measurements for 2020 resulted in some good news from the California Department of Water Resources. The measurements were taken at Philips Station in South Lake Tahoe and revealed a snow depth of 33.5 inches and a snow water equivalent (SWE) of 11 inches, which is 97 percent of the average for […] 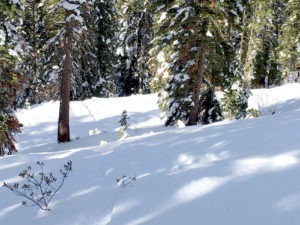 There’s good news concerning the current Sierra snowpack. Seasonably, there’s lots of snow for early December, providing good skiing and snowboarding conditions. The heavy storms in the Sierra that arrived in late November and continued into December boosted the statewide snowpack to more than 100 percent of normal for this time of year, according to […] 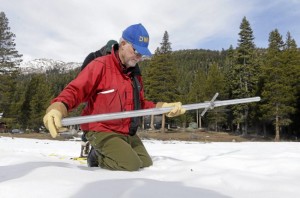 Thanks to a number of sizable snow storms during the past two months, this was a Sierra Nevada snowpack survey that people were anticipating – instead of dreading. Frank Gehrke, chief of the California Cooperative Snow Surveys Program, said today that the Sierra Nevada snowpack water content measured 136 percent of normal. That snow total […]