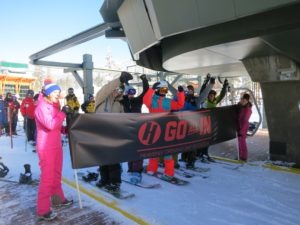 A planned opening on Friday never took place. But one day later, Heavenly Mountain Resort in Lake Tahoe was running lifts to kick off its 2013-14 season.

Also opening on Saturday was Northstar California ski resort, which like Heavenly, is also owned by Vail Resorts. Northstar is located on Highway 267, just six miles north of Lake Tahoe and six miles south of downtown

Today, the Northstar website was publicizing that it had five lifts open that accessed six groomed trails.

Boreal Mountain Resort was the first California and Lake Tahoe-area ski resort to open this season. Boreal opened in early November and has continued offering skiing and riding from 9 a.m. to 9 a.m. daily.

Located off Highway 88 in Kirkwood, the resort celebrated its 40th birthday last season. Kirkwood has a base elevation of 7,800 feet and the elevation at the Summit is 9,800.

Heavenly will offer free shuttle buses for guests from the California Main Lodge parking area to the Gondola. 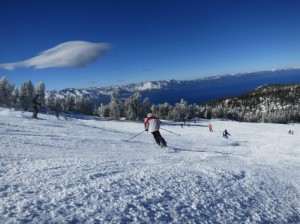 For some after-ski fun this season, Heavenly will kick off opening day on Friday with its first Unbuckle at Tamarack après party. Unbuckle takes place on Thursdays, Fridays and Saturdays from 3:30-5:30 p.m. with a live DJ, half-priced drinks, giveaways, food specials, lots of dancing and the Heavenly Angels.

Northstar got 20 inches of snow

Like most of the Tahoe ski resorts, Northstar received a nice gift this week – 20 inches of fresh snow. Low temperatures in the Sierra in recent days has also allowed the resort’s snowmakers to work around the clock, adding to the natural snow pack.

Several opening day activities this weekend, including a Starbucks coffee cup scavenger hunt in the Village and an Epic Pass Club giveaway.